There have been many discussions on the power of female intuition. Are women better than men in having a sixth sense? Not sure! However, we have heard  stories about how this intuitive sense in women is proven right though it has been overlooked by men as mere ‘worries of a woman’.

The month of Karkkidaka comes with a lot of importance to Hindus. According to Hindu religion, reading Ramayana is considered as the best way to cleanse one’s body and mind. Recently, I was listening to the recital of Ramayana which narrates Bali, the King of Kishkindha, being summoned by his brother Sugreeva, to have a fight with him for the  second time. And while Bali is getting ready to face Sugreeva’s challenge, his wife, Tara, comes to warn him about the dangers of going for a fight. What made her voice out her worries? The whispers of her soul. She lays out her concerns before Bali and tries to stop him from going. This explicit visual description from Ramayana tansported me to another setting in another country – from Bali’s palace in Kishkindha to Caesar’s palace in Rome. (Often my mind takes its own unexpected flights without waiting for my approval.  Neither do I make an attempt to tame these adventures of my mind.)

The queen of Kishkindha and the wife of Caesar have the same apprehensions about their husbands’ life.  Tara begs her husband not to accept the challenge informing him about the dangers she forsees. But Bali ignores her worries and says he could never say no to a challenge for fight. Is it the same unrest that Tara felt, caused by the stirring of the soul, made Calpurnia stop Caesar from going to meet the Senators? Calpurnia senses the premonitions and takes a decision that Caesar “shall not stir” out of his house. Like Bali, Caesar too brushes off his wife’s concerns and steps out into the dark night.

Why stories talk about women being more mindful of this so-called intuition? Are women more sensitive to the meek voice? – the voice that comes from within and then quickly dies off when heart and brain take control of our decisions. We all experience the inner voice. But we have become fonder towards the voice of our heart and brain. They enslave us and  force us to follow their lead while the whispers of our souls are muted. Our own instincts look weak in the presence of the desires of the mighty heart and the logic of the brain. However, later comes a time, when we feel that it would have been wiser to trust our instincts. Those are the whispers of our soul. Those whispers are not tainted….

Trust your intuition. Don’t ignore the messages that this higher self gives you! 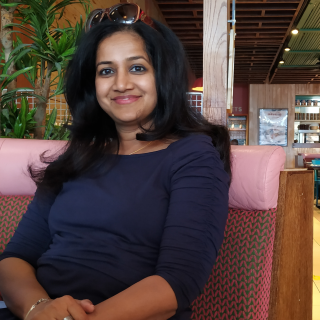